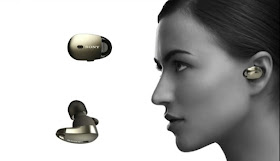 Wireless is where the future is, at least according to Sony and their recent 6 FCC fillings.  In early July Sony filed 7 new FCC entries, 6 of which are wireless headsets. Here is the list of what to expect: WH-1000XM2, WI-1000X, WF1000X, WHH900N, WH-H800 and WI-H700.  Unlike in the previous year, the FCC filings this year offer very little information on the design of the headphones, the images on the FCC docs are very limited sadly.


First up, is the WF-1000X.  Sony introduced a prototype of their wireless earbuds back at CES 2017 and as with other previous Sony prototypes behind glass (usually), these will be released this Fall.  The FCC filing does not have too many details but they will feature BT low energy and NFC according to the charging case label.

The label only gives up the NFC logo and possibly the size or shape of the case which seems to match the prototype back from CES. 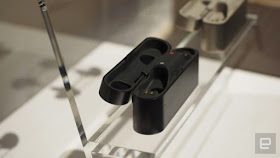 
Hopefully the design has not changed much from the prototype because unlike Apple's airpods, the Sony model seems to be in ear and this should isolate outside noise much better.  But passive noise cancellation is not enough it seems, Sony will offer these headphones with active noise cancellation which should help cut out even more outside noise.  Pricing will probably not be cheap, 200 USD maybe even more since they do offer NC.  Battery life is also an unknown, hopefully it will be better than Apple's.


Seems that the FCC documents have been slightly updated and now include photos of the actual wireless headphone which match the prototype to a T. 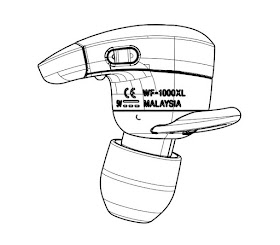 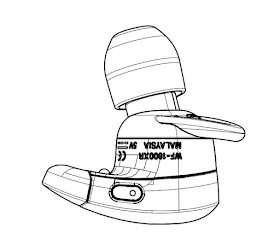 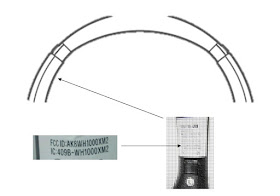 Next up is a large wireless noise canceling stereo headset, this seems to be a mark 2 of the current MDR-1000X headphones.  Not sure what will be changing but this is what is in the FCC filing, BT v4.1, NFC and micro-usb port.  So perhaps this is just an update with improved battery life and more colours perhaps.

Very little is known about this model, but like the 1000XM2, it also features noise cancellation and BT v 4.1, NFC and a micro-usb port for charging.  Judging by the model number, these should be high up in the model range and could be a slimmer or even the production version of the other prototype from CES 2017, seen below. 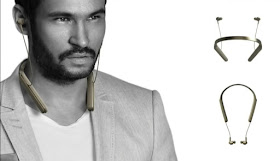 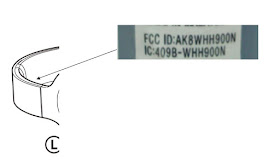 The next model is the H900N, which might be updated or rebadged h.ear headphones but that remains to be seen.  Like the other headphones, they also offer noise cancellation, BT 4.1, NFC and a micro-usb port. 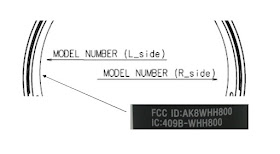 To finish of the over-the-ear headphones is the H800, which is only wireless, offering BT 4.1, NFC and micro-usb port for charging but no active noise cancellation here, so these might be the H900 but with NC.  Pricing should also be more affordable here hopefully. 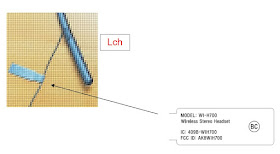 Finally, the WI-H700, which seem to be an in-ear design possibly. The H700 also lack noise cancellation but do feature BT 4.1, NFC and the micro-usb port for charging.  If anything, this model could be an updated MDR-EX750BT, the h.ear in Wireless headset from last year.  Whatever this ends up being, it appears it will be offered in a variety of colours, blue being one of them.

If anyone has any information regarding the new headphones, like photos or extra details, please contact me. Thanks.